Eversource and National Grid, the two biggest utilities in the state, are shelving a $3.2 billion natural gas pipeline project known as Access Northeast until they can find a way to pay for it. Their partner in the project, pipeline operator Enbridge Inc., notified the Federal Energy Regulatory Commission Thursday of the decision to withdraw the application for the project.

The companies argue that the pipeline expansion is needed to bring cheaper natural gas to the region’s power plants, particularly on cold days, when demand rises. But they need more time to build political support for legislation that would allow the costs to be shouldered by electricity customers.

In August, the state Supreme Judicial Court struck down a plan put forward by the Baker administration to have electricity ratepayers pick up the tab for the pipeline expansion, ruling it wasn’t permissible under state law. As a result, other New England states put similar proposals on hold.

“Once we work through the legislative [support], we’ll be able to reengage the FERC filing process and be back on track,” said Brian McKerlie, a vice president at Enbridge.

Only one week after leaving the Federal Energy Regulatory Commission (FERC), former commissioner Colette Honorable has joined a law firm lobbying for Dominion Energy, the company behind the controversial Atlantic Coast Pipeline.

Virginia lobbying disclosures show that Reed Smith has been lobbying for Dominion since at least 2015. The firm has so far assigned three lobbyists to work on Dominion’s behalf: William Thomas, Jeffrey Palmore, and Edward Mullen.

Honorable, a Democrat, was appointed as FERC commissioner by former President Obama in August 2014. Previously she served as chairperson of the Arkansas Public Service Commission. Reed Smith hired Honorable as a partner in its international energy & natural resources practice.

As DeSmog previously reported, Honorable has ties to a senior executive at Southern Company, a minority stakeholder in the Atlantic Coast Pipeline.

Honorable’s immediate transition to a private sector firm connected to the industry she had regulated follows in the steps of many other ex-FERC commissioners and employees. Just last year, former commissioner Philip Moeller was hired by the Edison Electric Institute, the main lobbying group for US utility companies, while former commissioner Tony Clark joined Wilkinson, Barker & Knauer LLP, a firm with a robust energy practice.

A 2015 report by E&E found that FERC employees negotiate their prospective industry jobs while still at FERC.

While MA Governor Charlie Baker’s pledge to join the Climate Alliance is a welcome declaration in the face of the United States becoming one of only three countries to not adhere to the Paris Climate Agreement, Governor Baker (as well as other Governors who have taken this pledge) will need to be held accountable on policies that may lead them astray of the goals of the agreement.

In Massachusetts, we have the Global Warming Solutions Act and several pieces of proposed legislation that would move us toward a 100% Renewables economy, yet Governor Baker has been quick to drop any state authority on preventing pipeline projects from gaining necessary state-level permits.

The latest was on July 6,  2017 on WGBH’s “Ask the Governor”, when asked directly if joining the Climate Alliance would mean an end to his “hands off” approach regarding new fossil fuel projects.

My question:
Thank you Gov. Baker for pledging to join the Climate Alliance.
Does that mean you’ll change your hands-off approach in opposing fossil fuel development like the Weymouth Compressor station, pipelines, and LNG in the state?

Baker’s answer:
60% of our current energy sources are natural gas, it would be pretty hard for us to walk away from that anytime soon. And as we all know, the presence of natural gas has taken a ton of oil and coal out of our energy sector, which has been a good thing for a greenhouse gas point of view.

With respect to the compressor, I would just say the following. As I said before it’s a federal issue, but we do have a role to play here because we implement certain federal standards here. And we got a lot of really positive input from folks, Secretary Beaton and his team, during the public hearing process. And we will hold those folks to the highest standard possible under the federal law – you can count on that – with respect to both public safety, public health and any others issues associated with that.

Thoughts:
• My question wasn’t about “walking away” from fossil fuel infrastructure that’s already in use (although that’s not a bad idea, given our climate crisis). It was about halting the INCREASE in fossil fuel use by saying “no” to new fossil fuel projects, and “yes” to clean energy instead.

• Yes, these projects require approval from the Federal Energy Regulatory Commission (FERC), but they also require state permits to move forward. As a state that has not only pledged to join the Climate Alliance, but also enacted the Global Warming Solutions Act, it should be our #1 priority to not allow more fossil fuel development.

• 60% of our energy from any one source is cause for concern, especially when that source is a finite fuel that’s historically be subject to wide price swings. We need to make sure to maximize efficiency first – a tactic that currently has our demand for electricity dropping. Then any added energy generation should be clean, non-emitting sources only, and have grid storage available to reduce the need for peak demand generation.

• The “highest standard possible under federal law” is part of the problem. Those standards are not high enough. 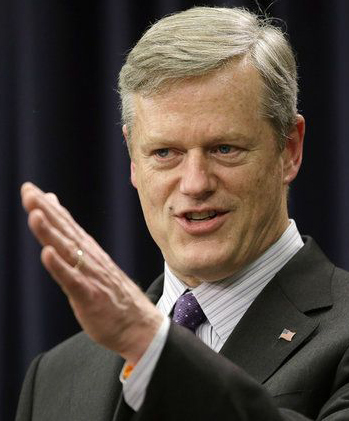 “Today we join the U.S. Climate Alliance to expand on our efforts while partnering with other states to combat climate change…our administration looks forward to continued, bipartisan collaboration with other states to protect the environment, grow the economy and deliver a brighter future to the next generation,” he said in a statement.

GREAT BARRINGTON — It took time and extra brainpower to figure out who actually trespassed in Otis State Forest in early May — and who didn’t.

But after weighing the circumstances in which 24 anti-pipeline activists from Sugar Shack Alliance were arrested — and the charges reduced to civil offenses — Southern Berkshire District Court Judge Paul Vrabel found some of the protesters “responsible” under civil laws, and others not, for what are considered minor charges that carry a $100 fine.

“Although the protesters do not agree with everything [in the ruling],” said Sugar Shack attorney Joseph Zlatnik, “I’m very glad that the judge took the time to consider our arguments seriously and took the time to write a well-reasoned, thorough opinion.

“I was very impressed by this particular decision,” Zlatnik added. “He went deep into it.”

Vrabel’s decision came down to words and their usual meanings. It also hinged on proof of actual trespassing, given the lay of the land in the state forest, and whether it is “improved” or “enclosed,” according to the legal standard.

A few days later, five people were arrested after they got so close to tree felling equipment that work was temporarily stopped.

In a separate incident, another eight activists — including 98-year-old activist legend Frances Crowe — were arrested last Saturday after they stopped pipe-laying work. They were arraigned Thursday, and their hearing is set for July 18.

Even before the approval by the Federal Energy Regulatory Commission last year, plans to run a third pipeline through what is considered nearly pristine state forest fueled the wrath of residents and activists for a number of reasons.

“Nobody is doing their job,” said Vivienne Simon, who was one of the first activists arrested. While she hadn’t finished reading Vrabel’s ruling, Simon listed every agency she said has been negligent and in collusion with corporate strategy to get a pipeline built no matter what.

“There is just a litany of people and governmental bodies whose job it is to make sure that [the pipeline] didn’t get to the point that local citizens had to get arrested,” she added.

But what really stirred activist thunder was that the Kinder Morgan subsidiary won the 2-mile easement from the state for this third line — a 13-mile tri-state natural gas spur — despite being protected by the state Constitution under Article 97.

And this was one way the activists defended their actions, Zlatnik told the Eagle.

“With Article 97, you can’t give an easement without consulting two-thirds of the state Legislature,” he said.

That’s what state law says. But that consultation with the Legislature fizzled after the state fought the company in court, and a Superior Court judge ruled that federal gas law overtook state law.

But the activists pressed forward with the idea, anyway — to make their point. And two more defenses were added, Zlatnik said — the “necessity” of preventing “harm” by stopping a new pipeline, and that the land isn’t enclosed or improved.

So those five protesters who stepped off private land and into an easement with vague borders and no signs were held “not responsible.” Vrabel also wrote that because the arresting officer did not testify in court, the account of the infraction was uncertain.

It was different for the people who blocked access roads. They’ll have to pay the fine.

“No trespassing” signs marked the area, and the access roads are “human-created” improvement to the land, Vrabel wrote, using Black’s Law Dictionary definition of improved land.

He also wrote that “the very activity” of building a pipeline in the state forest “makes it improved land for trespassing purposes.”

But in his ruling, Vrabel made sure everyone understood what he meant.

“It should be noted that the court is not making a value or moral judgment that Kinder Morgan’s activity in constructing the pipeline is an ‘improvement’ at the state forest in the usual sense of that word, that is, an enhancement of the property,” he wrote. “The defendants are certainly entitled to have the opinion that this activity is anything but an enhancement.”