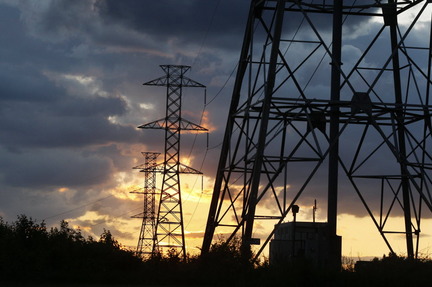 One of the decision making bodies involved in this issue is ISO New England (Independent System Operator).  Aptly described as “the air traffic controllers of the power grid” by the folks at BEAT, this non-profit organization makes decisions about New England’s energy supply in ways that are not often watched by the general public. As cries of pipeline capacity constraints leading to higher electric prices are raised across the region, folks have started to turn a closer eye to their modes of operation.

WITHDRAWING SUPPORT FOR PEAK DEMAND RESPONSE
One alarming document from ISO-NewEngland was last year’s Winter Reliability Program 2013-2014. ISO-NE offered incentives to oil burning electric generation plants to purchase extra fuel ahead of the winter peak to cover the few peak demand days, when the need to generate was especially high. But they refused to do the same for natural gas powered plants, leaving them with no reserves for peak demand hours when electric and heating demands were both high. On page 7, paragraph 3 of this report, they stated the following:
“a solution that provided incentives to natural gas suppliers or generators to ensure incremental gas supply would affect wholesale electricity prices … For example, if an ISO solution reduced the opportunity costs priced into the gas market during a time of high gas  demand, this would lower gas prices and send the wrong signal about the relative scarcity of natural gas. These lower prices would also be reflected in the electricity market.”

CREATIVE FORECASTING
Though that practice was at least partially removed for this upcoming winter, we are facing unprecedented electric utility price spikes of dubious origin. Another contributing factor was recently brought up by NESCOE in it’s comments on ISO New England’s practice on not including energy efficiency “Performance Incentives” in place, Distributed Generation (rooftop solar, small scale wind, etc) already in use, and utility scale clean energy projects coming on line in the next few years in its capacity forecasts (mandated by Massachusetts law), creating the illusion of a shortfall in energy generation capacity.
» Read NESCOE’s statement

MORE DROPS IN DEMAND THAN PEAKS
One of our pipeline-watchers has also just discovered that ISO New England has been issuing “Minimum Generation Emergency Warnings.”  These are times when consumers were using so little electricity that the gird operator had to ask power plants to NOT generate electricity.  As we understand it, this happens far, far more often than the times ISO-NE comes close to dipping into the buffer of electric generation during the 10-27 peak usage days per year that occur in winter.  A quick look at the ISO-NE calendar shows that this “Minimum Generation Emergency Warning” happens about 10-20 a  MONTH – about 12 times more often than the supposed “capacity constraint” that led to ISO and NESCOE’s request for more pipelines.

We encourage any and all utility rate payers to contact the ISO with questions, comments and concerns. They’ve recently started to respond to public pressure by agreeing to meet with at least a couple of citizens’ / environmental groups. Let them know your concerns.