We’re pleased to bring you a nice profile article on our friend and ally Pat Martin, who has staunchly resisted the expansion of fossil fuel infrastructure while tirelessly advocating for clean, renewable energy.

In local news, Weymouth has another delay in the compressor station approval process, and we have a link to an interesting podcast on last year’s Merrimack Valley gas explosions.

On the climate, we’re approaching a potential tipping point beyond which the Amazon rain forest cannot recover – a prolonged and terminal state of die-back. We also found a provocative and informative video to get everyone calibrated on how much renewable energy we really need as we fully decarbonize – and some uncomfortable choices we’ll face.

Looking at the fossil fuel industry, we find continuing investments in new infrastructure that will not pay off in the event that the Paris Climate Accords are met. A red flag for investors and also for the planet.

Patricia Martin still remembers the oil crisis of the 1970s. The gasoline rationing, the long lines at gas pumps.

Martin, then a young woman, also absorbed something else: “All the people talking about, ‘It doesn’t have to be this way.’ ”

It stayed with her. In the decades since, Martin has continued to think about energy issues and work on them in her spare time. Now, with humanity facing a much more severe crisis — that of climate change — she’s drawing on a lifetime of passion and expertise to tackle the issue on the local, state and regional levels.

Martin, 69, a Rindge resident, chairs her town’s energy commission. She gives to national climate-advocacy groups. She has been arrested twice in acts of climate-motivated civil disobedience.

Several years ago, she helped fight off the proposed Northeast Energy Direct gas pipeline, which would have run through Rindge and other Cheshire County communities. She tracks N.H. Public Utilities Commission dockets and comments on proposed fossil-fuel projects. She’s involved in efforts to bring more solar power to the Monadnock Region.

These days, much of her energy goes toward working with a group called Mothers Out Front, a national organization advocating for a transition to clean energy.
» Read article

A key state agency’s decision on a natural gas compressor station proposal in Weymouth will not come this week as anticipated following an agreement to delay the review process once again.

The Executive Office of Energy and Environmental Affairs told the News Service on Tuesday that the parties involved agreed to another one-month stay on Aug. 16. Regulators will now restart their review on Sept. 16 and complete it by Oct. 5 unless they seek further delays.
» Read article

Fire in the Valley
Episode 1: The First Minutes Of A Disaster
By Sean Corcoran, WGBH Podcast
September 6, 2019

Within moments of the first alarms, homes and businesses in the Merrimack Valley are aflame. Hundreds of people call 9-1-1, as thousands of residents in Lawrence, Andover and North Andover run from their homes, seeking safety in the streets. By the time the gas is shut off, 131 buildings are damaged or destroyed, one person is dead, and nearly two dozen are transported to hospitals.
» Play podcast 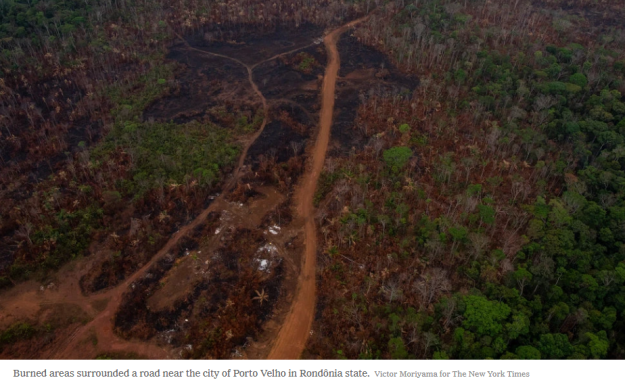 As fires rage across the Amazon, a growing number of scientists are raising the alarm about a nightmare scenario that could see much of the world’s largest rainforest erased from the earth.

Climate change, along with the fires and other man-made forces, appear on the verge of triggering a significant change in the Amazon’s weather system.

No one knows for sure whether and when this might happen, though some scientists who study the Amazon ecosystem call it imminent. If it does happen, a body of research suggests, the Amazon as a whole would cross a tipping point and begin to self-destruct — a process of self-perpetuating deforestation known as dieback.

If that is left unchecked, half or more of the rainforest could erode into savanna, according to some estimates, and then the rainforest, which has long absorbed the world’s greenhouse gases, could instead begin to emit them.
» Read article

First Gigawatt Down (Part II)
Video by Footprint to Wings
Published on July 30, 2019

Climate solutions like you’ve never seen them before. Are you ready to race to zero carbon? What’s your favorite play? Do you have what it takes to move your team to get a first gigawatt down in that play?
» Blog editor’s note: video contains excellent examples of what massive deployment of renewable energy sources like wind and solar entail. The conclusion to temporarily maintain nuclear energy in the mix is controversial but deserves sober consideration. Note that the video does not promote development of new nuke sites.
» Watch video

Renewable energy capacity quadrupled worldwide over the past 10 years, with an estimated $2.6 trillion invested in its growth, a new report from the United Nations Environment Programme shows. But the speed of that growth still falls far short of what researchers say is needed to keep global warming in check.

To meet the Paris climate agreement aim of keeping global warming under 1.5 degrees Celsius, the Intergovernmental Panel on Climate Change reported last year that the world would need to invest an average of about $3 trillion to $3.5 trillion every year between 2016 and 2050.

“There is certainly a global shift,” said Kathy Hipple, an analyst with the Institute for Energy, Economics and Financial Analysis (IEEFA). “The question is, ‘Is it moving fast enough from a climate perspective?’ And arguably it’s not.”
» Read article 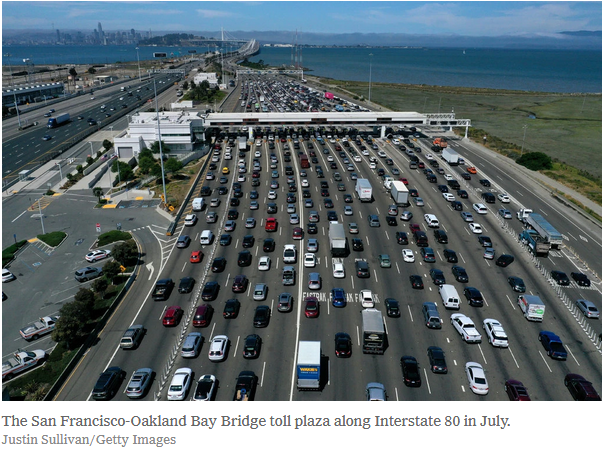 President Trump is strongly considering a plan to revoke California’s legal authority to set state tailpipe pollution standards that are stricter than federal regulations, according to three people familiar with the matter.

The potential challenge to California’s authority, which would be a stinging broadside to the state’s governor and environmentalists, has been widely anticipated. But what’s notable is that the administration would be decoupling its challenge to California from its broader plan to weaken federal fuel economy standards, the latest sign that its plans for that rollback have fallen into disarray.
» Read article 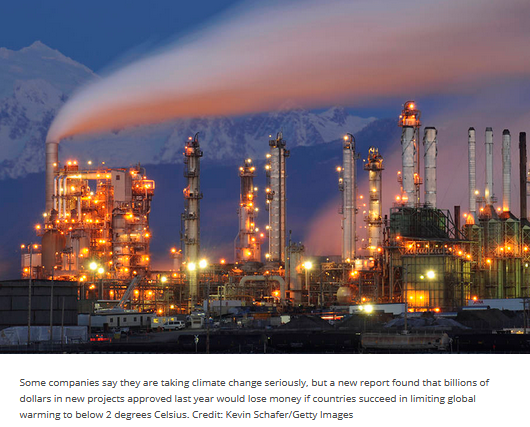 The world’s leading oil companies increasingly have argued that they must be part of the world’s transition to a low-carbon future. But a new report shows that despite their rhetoric, they continue to spend their money as if that transition may never come.

In just the past year, the biggest global companies committed billions of dollars to projects that will likely lose money if the world slashes fossil fuel use fast enough to meet the Paris climate accord goals, the report, released Thursday night, shows. That poses serious risks to investors.
» Read article

2020 Looks Like the Breakout Year for Building Decarbonization in California
Policymakers are coalescing around electrification as the solution for squeezing carbon out of buildings. Is the market ready?
By Justin Gerdes, Greentech Media
August 23, 2019

California has just 25 years to achieve its economywide carbon-neutrality target. Buildings account for about a quarter of California’s greenhouse gas emissions, so concerted efforts will be needed to squeeze carbon out of the sector, especially existing buildings.

State policymakers are increasingly coalescing around a solution: electrification. As a recent California Energy Commission (CEC) report put it: “There is a growing consensus that building electrification is the most viable and predictable path to zero-emission buildings.”

Recent events underscore this sentiment. California regulators just overhauled a legacy policy that acted as a brake on building electrification. New incentives for electric appliances could be available by the end of this year. Meanwhile, local governments across California are moving to adopt bans on new natural-gas hookups, grabbing the attention of the state’s powerful oil and gas industry.
» Read article

» Learn more about Pipeline projects
» Learn more about other proposed energy infrastructure
» Sign up for the NFGiM Newsletter for events, news and actions you can take
» DONATE to help keep our efforts going!